Making of a digital education artefact #2
Make-Your-Own-Device (M.Y.O.D) and upcycling approaches will be combined to attain our common goal.

Validation
You'll get the signature only when actively participating on creating of an artefact which DOES something, e.g.

MODEA #2 - Forum
This is the place where we should start communicating.
last_test
test2
test2
Hello world (correct)
heureka!
test
test
test4
test4
What to do ?
I am completely lost, what should I do ?

This project is a mereological suggestion based on the serial repetition of discrete parts that the architecture shapes the life of a decentralized and non-hierarchical society after a possible virus catastrophe.

I hiked many hiking trails in beautiful Norway in summer of 2017. I was overwhelmed by magical nature and created such a work.

Photography: Beauty of singularity in Norway

Anna - creative way of dealing with the world

Handouts
Some articles related to our course.
Alan Kay - A personal computer for children of all ages

The KiddiComp concept, envisioned by Alan Kay in 1968 while a PhD candidate,and later developed and described as the Dynabook in his 1972 proposal "A personal computer for children of all ages", outlines the requirements for a conceptual portable educational device that would offer similar functionality to that now supplied via a laptop computer or (in some of its other incarnations) a tablet or slate computerwith the exception of the requirement for any Dynabook device offering near eternal battery life. Adults could also use a Dynabook, but the target audience was children.

Part of the motivation and funding for the Dynabook project came from the need for portable military maintenance, repair, and operations documentation. Eliminating the need to move large amounts of difficult-to-access paper in a dynamic military theatre provided significant US Department of Defense funding.

Though the hardware required to create a Dynabook is here today, Alan Kay still thinks the Dynabook hasn't been invented yet, because key software and educational curricula are missing. 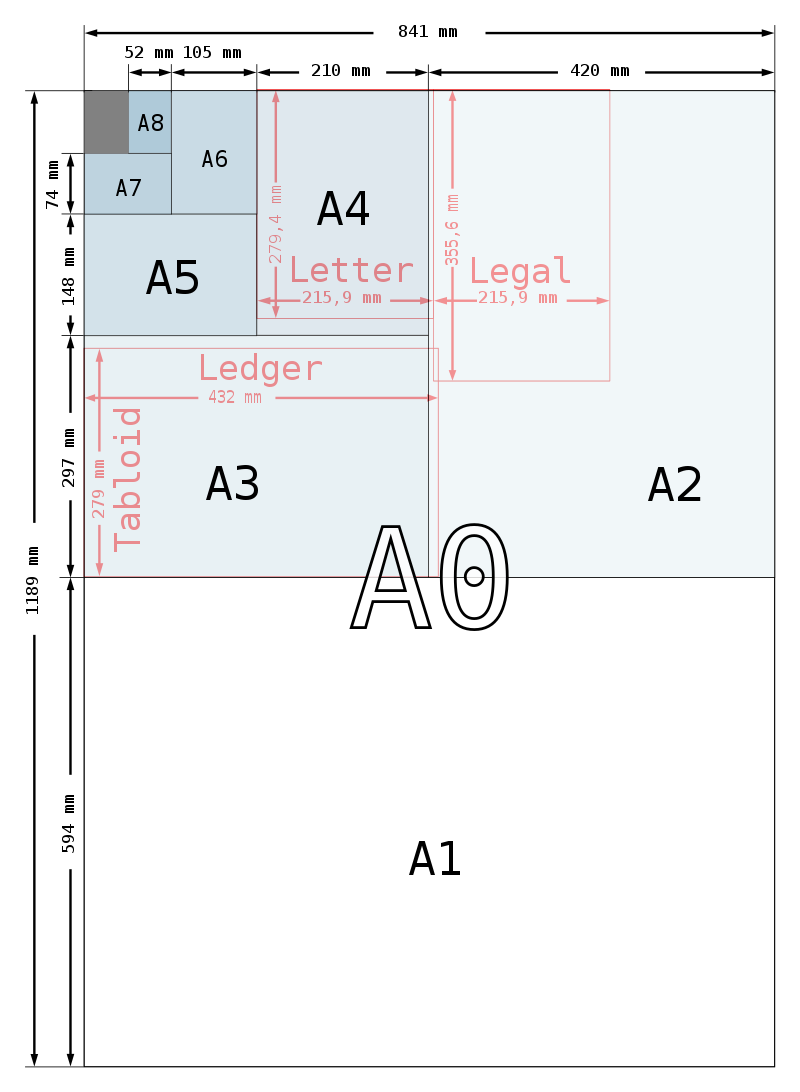 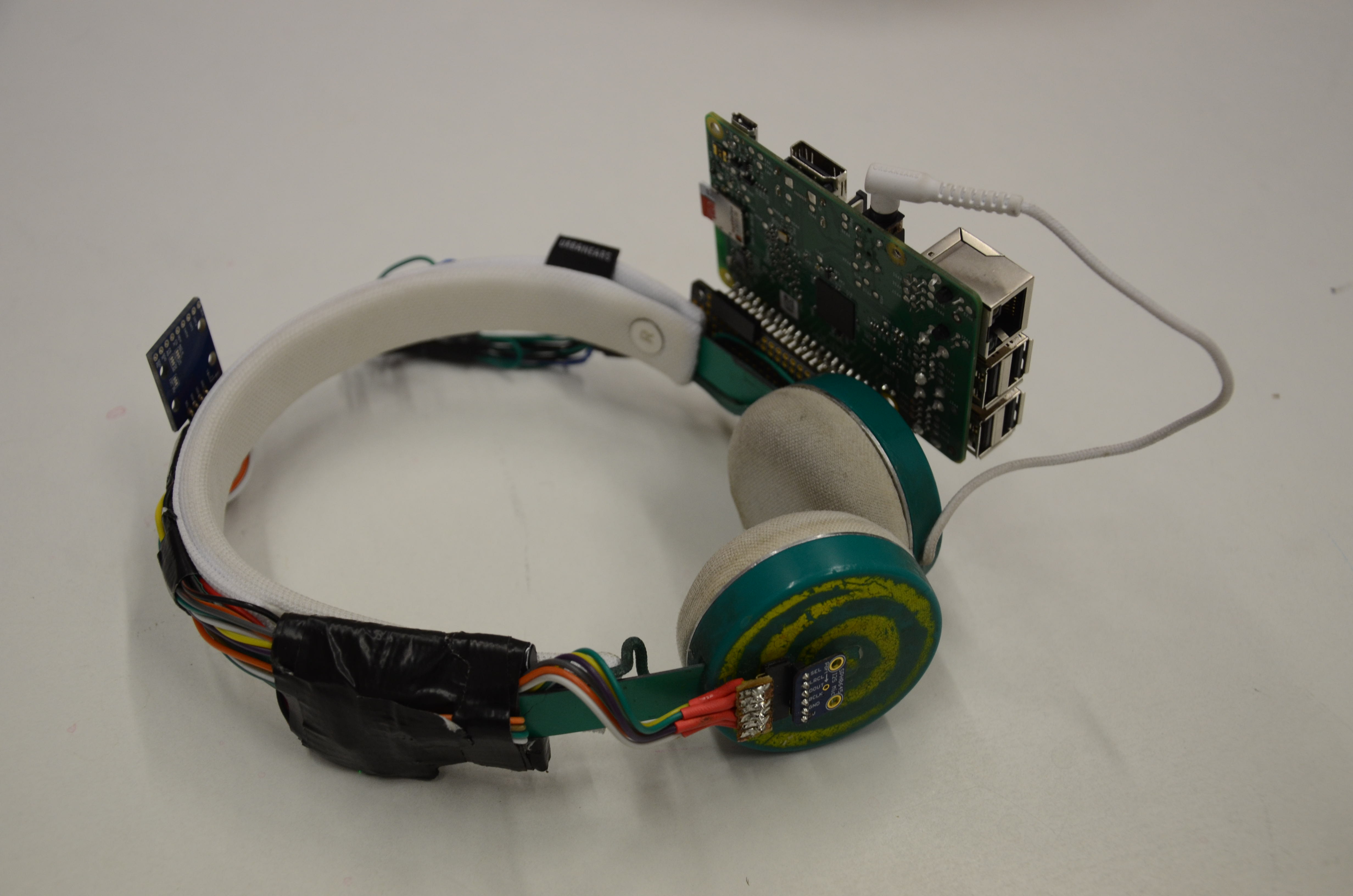 sonic is an experiment on the topic of screenless computers. what would our smart devices look like, and act like if they were not bound by the rectangular standard of the screen. sonic is a pair of headtracking headphones powered by a Raspberry Pi. the headtracking information is used to control a supercollider program that performs binaural processing. in  other worrds the spatial positions of sound sources are  decoupled from the listeners frame of reference. so to say the sounds stay in place as the user changes the orientation of their head. its like VR but for your ears not your eyes.
the device can also record stereo audio using the two microphones mounted on the two earcups. having microphones so close to where one's ears would be gives the sound a lot of presence.  the componnts are mounted on a pair of headphones that i've had for around five years now and the whole assembly is modular, meaning that faulty components can be easily swapped out. 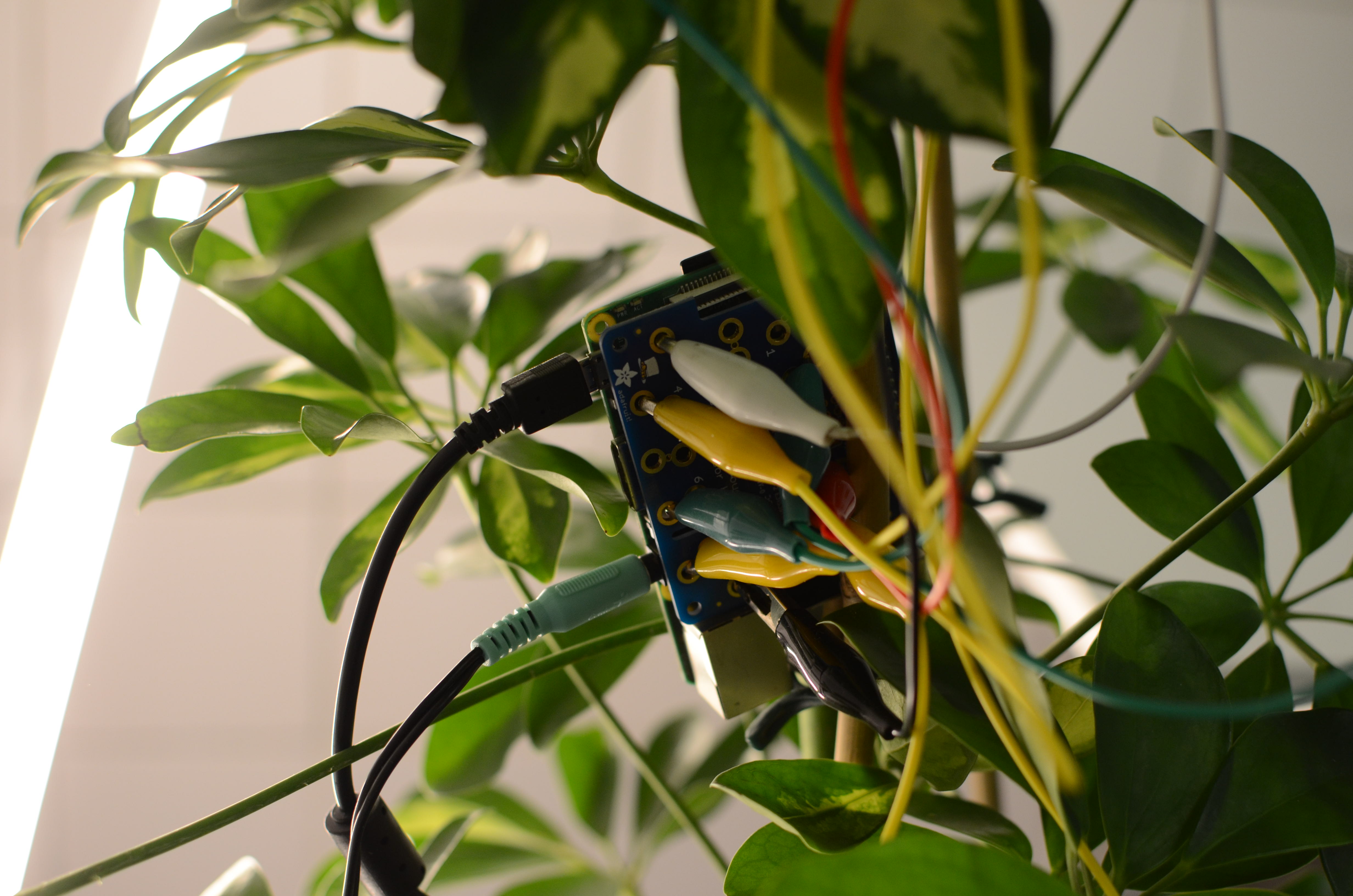 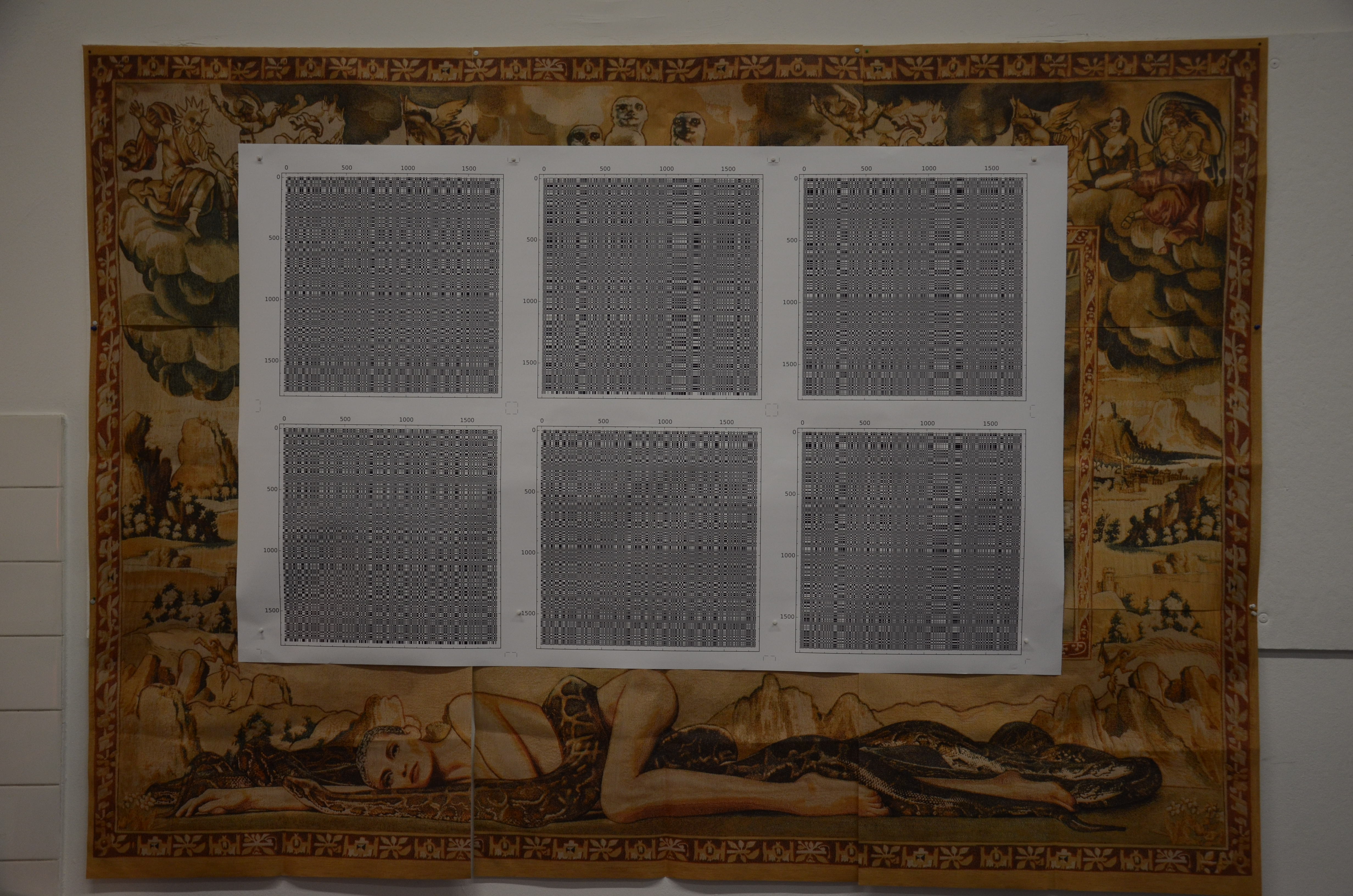 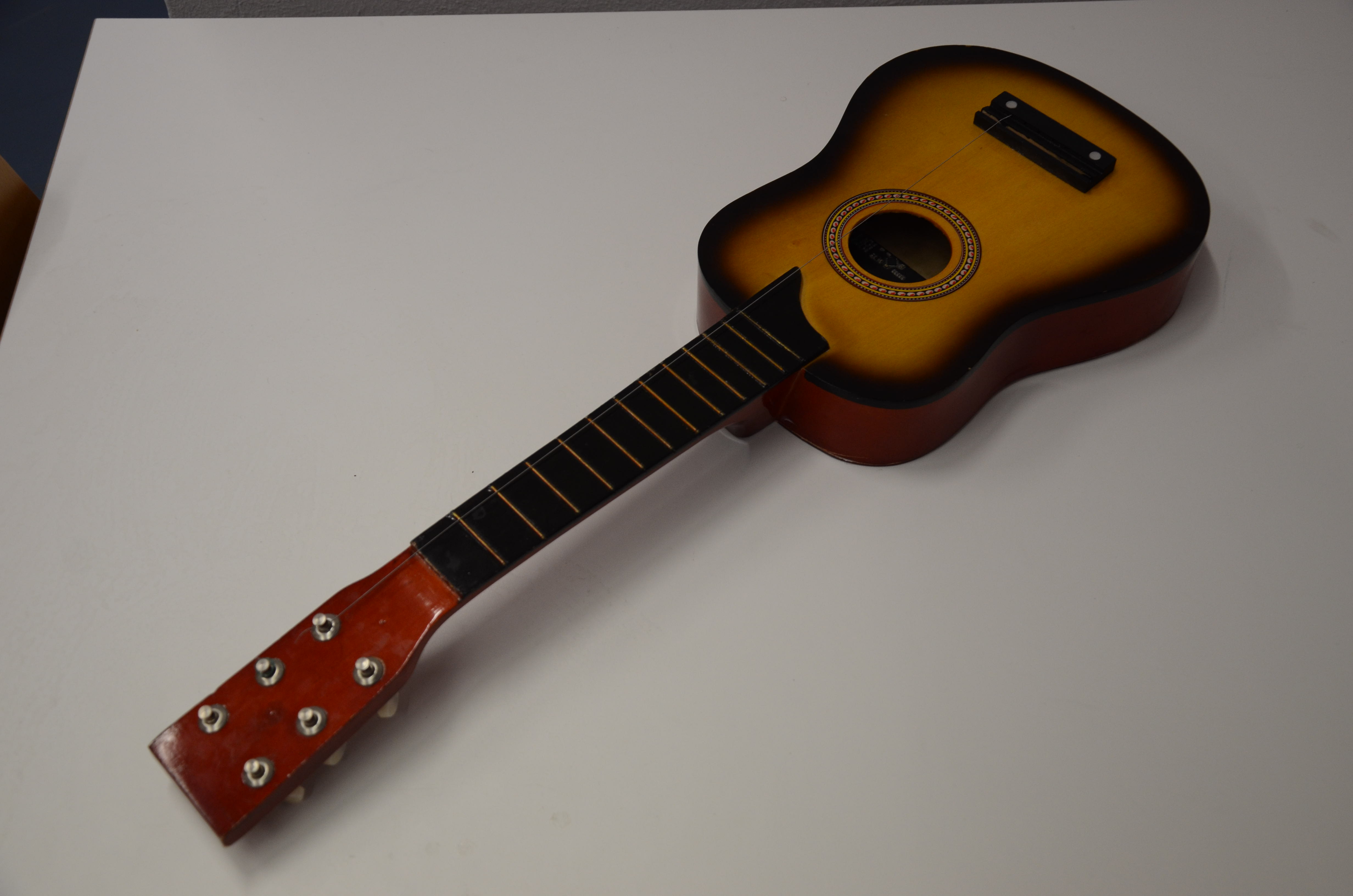 INSTRUCTION OF USE: You interact with the device by moving Your hand in front of the Skywriter sensor (above the sound hole of the instrument). Play the string to observe how the string vibration deforms the field measured by Skywriter.
Carboard Primer 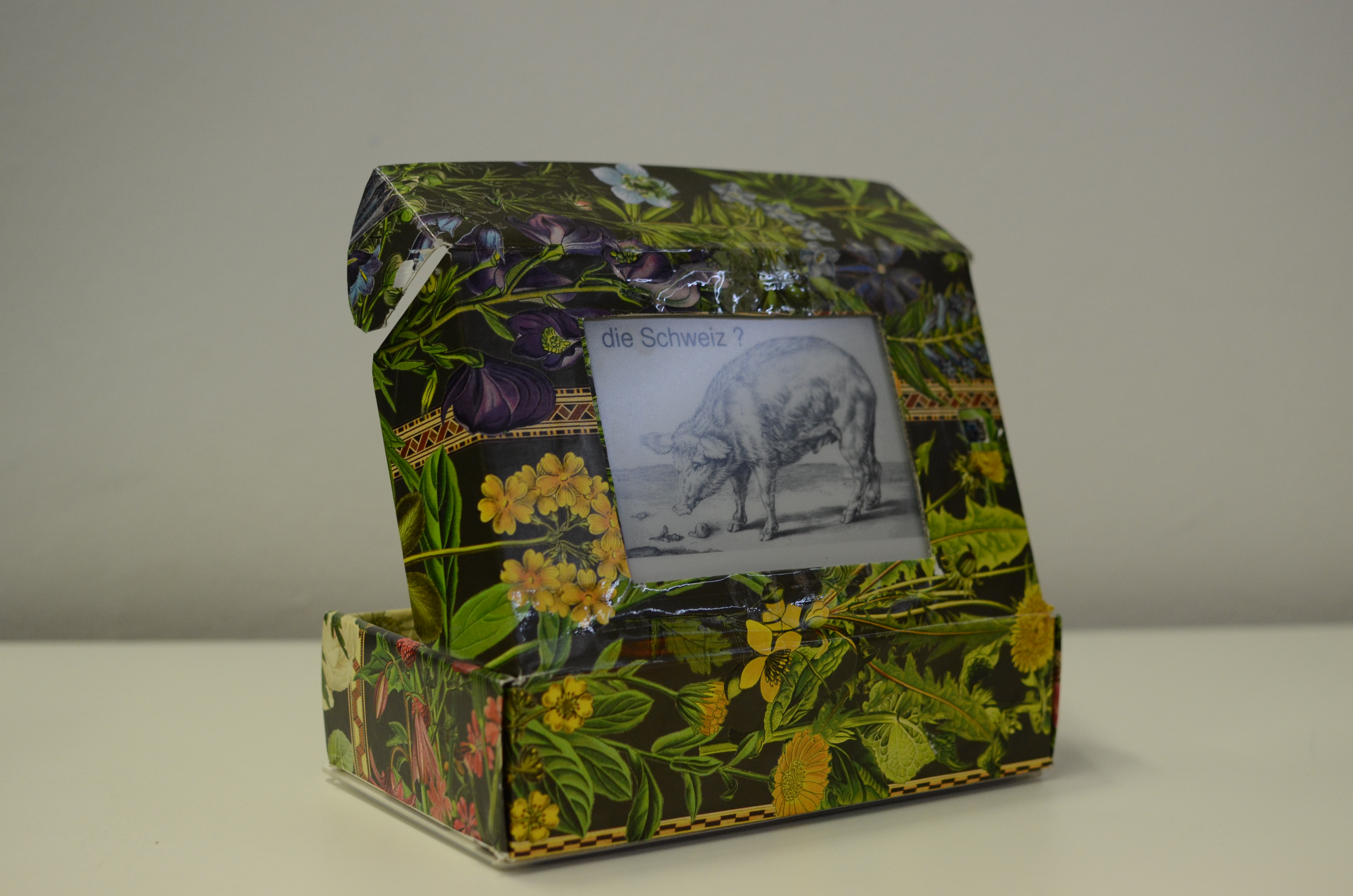 First functional cardboard-embedded artefact combining touchless gesture-based recognition (Seeed Grove Gesture Recognition Sensor PAJ7620U2）with an e-ink controlled by IT8591 board and some ANSI C coded  for the purpose of diagnostics of difficulties in acquisition of learning and writing (Leserechtschreibschwierigkeiten - LRS).
Diagnostics focuses on so-called "Rapid Automatized Naming" which is considered to be one among the most important LRS-predictors.
Visual content ("animal pictures") scanned from reedition of Lumen Picturae et Delineationis (Amsterdam, 1660, BE310).

CAVEAT: When changing modes of operation, new data has to be loaded into the buffer of the e-ink controller. This takes few seconds. Be patient. Breathe.
Bowl 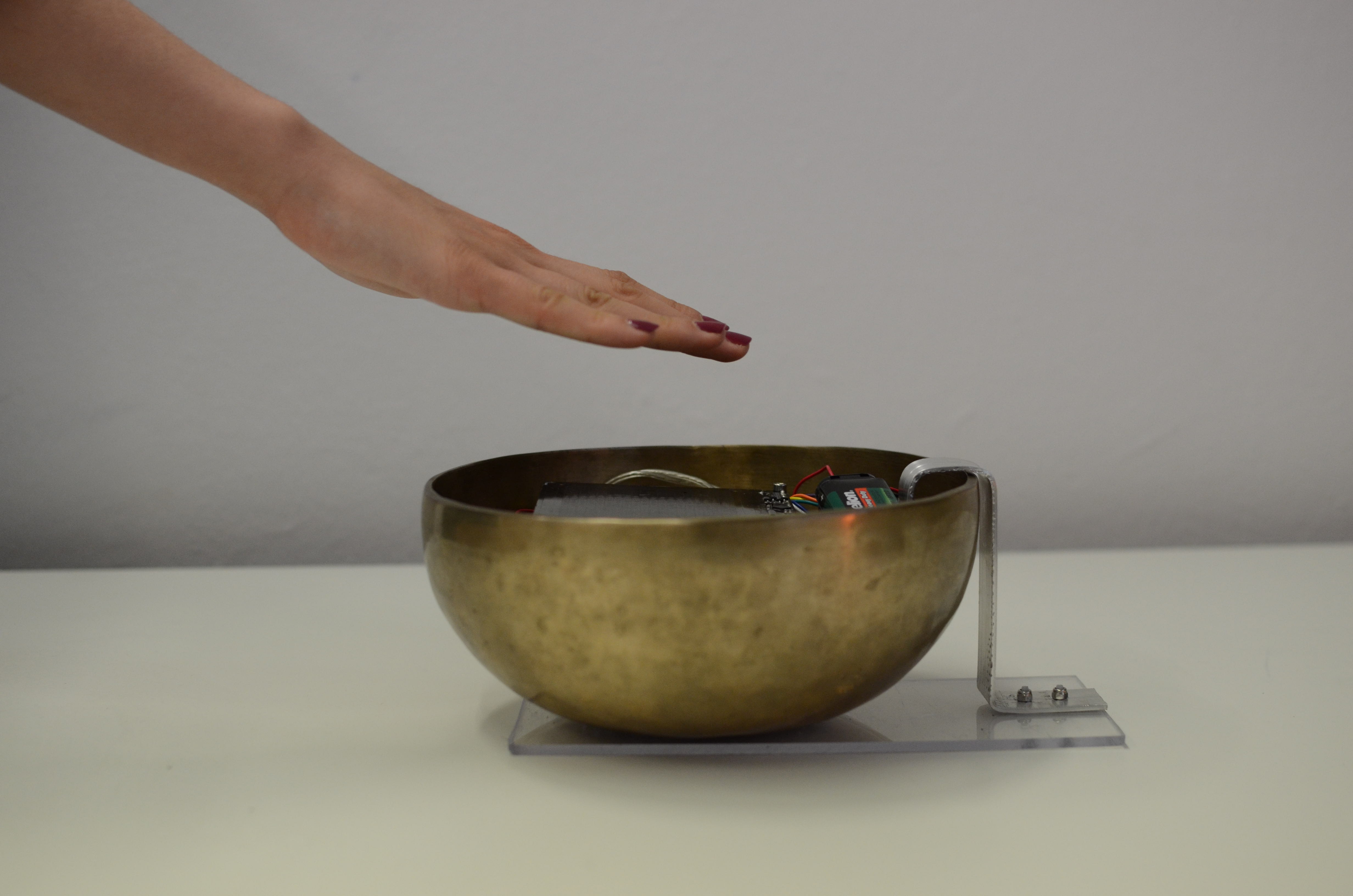 The stable "wall" is the very basis of land creatures and thus by "having responsive space rather than the linear presentation of the wall," the body is suddenly made aware of the situation it is in.

With the current housing crises and the reduction of the living space per person, the effect of the occupancy and void becomes more valuable day by day. But this concept, void, which can only be defined by its contrast: fullness, and which can change the perception of everyday spaces we are accustomed like a room, is not easily readable. This situation removes the concept from our daily practices and traps it in the dusty pages of abstract architectural books.

The project based on an example ordinary wall of living space offers a responsive space that will bring up a concept of void on the agenda in order to challenge perceptions of living space and physical context.

This exploration simulates an extreme architecture of responsive variable structure by suggesting a technological infrastructure with hypothetical material.

The narrative analyzes the benefits and limitations of these projects but avoids explaining the necessity and result of living in such a space. It remains speculative, is leaving the questions open for the next phases. 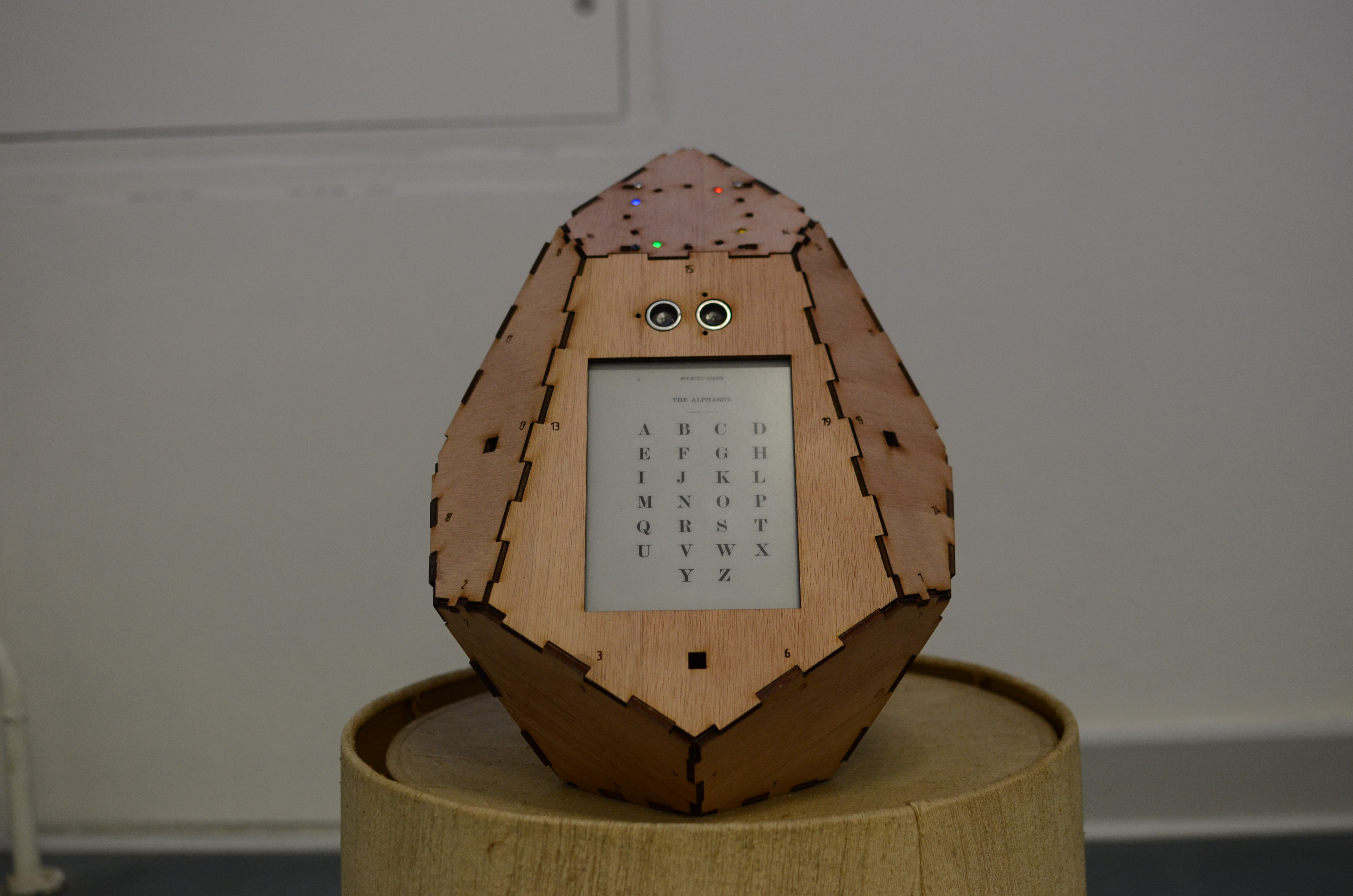 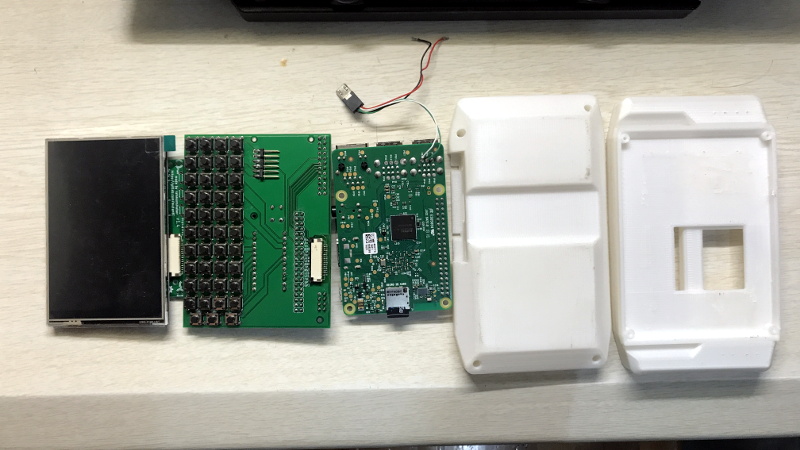 Over the years we’ve seen the Raspberry Pi crammed into almost any piece of hardware you can think of. Frankly, seeing what kind of unusual consumer gadget you can shoehorn a Pi into has become something of a meme in our circles. But the thing we see considerably less of are custom designed practical enclosures which actually play to the Pi’s strengths. Which is a shame, because as the MutantC created by [rahmanshaber] shows, there’s some incredible untapped potential there. 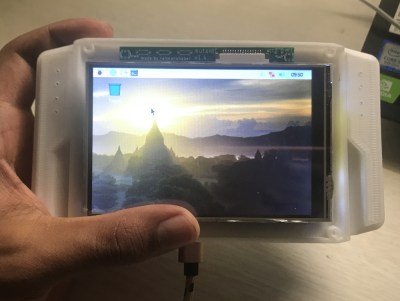 The MutantC features a QWERTY keyboard and sliding display, and seems more than a little inspired by early smartphone designs. You know, how they were before Apple came in and managed to convince every other manufacturer that there was no future for mobile devices with hardware keyboards. Unfortunately, hacking sessions will need to remain tethered as there’s currently no battery in the device. Though this is something [rahmanshaber] says he’s actively working on.

The custom PCB in the MutantC will work with either the Pi Zero or the full size variant, but [rahmanshaber] warns that the latest and greatest Pi 4 isn’t supported due to concerns about overheating. Beyond the Pi the parts list is pretty short, and mainly boils down to the 3D printed enclosure and the components required for the QWERTY board:  43 tactile switches and a SparkFun Pro Micro. Everything is open source, so you can have your own boards run off, print your case, and you’ll be well on the way to reliving those two-way pager glory days.

We’re excited to see where such a well documented open source project like MutantC goes from here. While the lack of an internal battery might be a show stopper for some applications, we think the overall form factor here is fantastic. Combined with the knowledge [Brian Benchoff] collected in his quest to perfect the small-scale keyboard, you’d have something very close to the mythical mobile Linux device that hackers have been dreaming of.